CH the Skywalker · Your Buddy Goes

This one is called "The Order of Charles Hamilton".
As prescribed by my case manager.
I answer questions about me as asked by my Twitter followers.
Ask away!
twitter.com/charleshamilton
"won't stop/won't stop"
at May 09, 2022 No comments:

You are being watched. 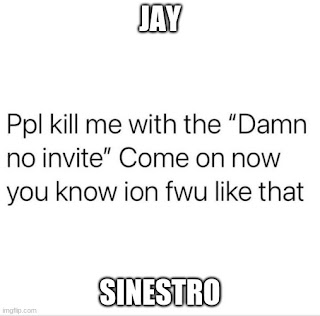 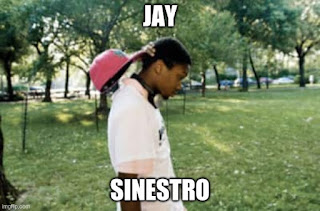 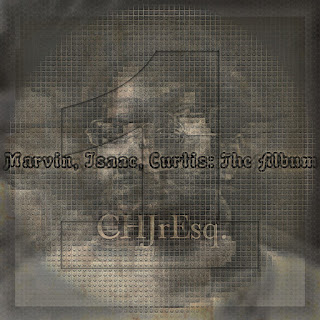 Stax Records is an American record label, originally based in Memphis, Tennessee. Founded in 1957 as Satellite Records, the label changed its name to Stax Records in 1961 and shared its operations with Volt Records, a sister label created to avoid the impression of favoritism among radio stations playing their records.
Stax was influential in the creation of Southern soul and Memphis soul music. Stax also released gospel, funk, and blues recordings. Renowned for its output of blues music, the label was founded by two siblings and business partners, Jim Stewart and his sister Estelle Axton (STewart/AXton = Stax).[1] It featured several popular ethnically integrated bands (including the label's house band, Booker T. & the M.G.'s) and a racially integrated team of staff and artists unprecedented in that time of racial strife and tension in Memphis and the South.[1] According to ethnomusicologist Rob Bowman, the label's use of "one studio, one equipment set-up, the same set of musicians and a small group of songwriters led to a readily identifiable sound. It was a sound based in black gospel, blues, country, and earlier forms of rhythm and blues. It became known as southern soul music."[2]
Following the death of Stax's biggest star, Otis Redding, in 1967, and the severance of the label's distribution deal with Atlantic Records in 1968, Stax continued primarily under the supervision of a new co-owner, Al Bell.[1] Over the next five years, Bell expanded the label's operations significantly, in order to compete with Stax's main rival, Motown Records in Detroit. During the mid-1970s, a number of factors, including a problematic distribution deal with CBS Records, caused the label to slide into insolvency, resulting in its forced closure in late 1975.[1]
In 1977, Fantasy Records acquired the post-1968 Stax catalogue and selected pre-1968 recordings. Beginning in 1978, Stax (now owned by Fantasy) began signing new acts and issuing new material, as well as reissuing previously recorded Stax material. However, by the early 1980s, no new material was being issued on the label, and for the next two decades, Stax was strictly a reissue label.
After Concord Records acquired Fantasy in 2004, the Stax label was reactivated, and is today used to issue both the 1968–1975 catalog material and new recordings by current R&B and soul performers. Atlantic Records continues to hold the rights to the vast majority of the 1959–1968 Stax material.[1]
^
^
^
^
Stax Records
The New Home of #TheHamiltonQuazar
Thank you, Mr. Stewart.
Thank you, Miss Axton.
#backoutside...
_/_
at November 17, 2020 No comments:

--Aliens! and The Sun

Since my dishonorable discharge form #TheSaxResidence, I haven't been able to set up a set for new episodes of #TheHamiltonQuazar.
Nevertheless, The Sun is in communication with his beloved --Aliens.
This is the webshow.

I once told the female population at Frederick Douglass Academy that they were "a school full of Simones".
I see my soulmate in all of their eyes.
From Simone to Tomorrow to Christina.
As racist as it feels, we are indeed like a race.
A tribe.
We have SO much in common, it seems like we're mocking each other.
I've been watching them closely and intimately, on some official officially shit, since 2001.
Yeah, we know people in common.
Grew up in the same neighborhood.
Laughed at, loved and despised the same things.
Same fundamentals.
And... speaking for myself, I think they're all supercute.
Mad pretty.
The wrong kind of sexy.
And I have beared (sp.?) witness to infractions and violations on their budding manhood.
As well as gut-deeply fantasized about them.
Our distance from each other is a new gravitational pull, as discovered by NASA and witnessed by Harlem.
Keeping it pure between us is like giving us a mansion to live in for a year with unlimited food.
Something's got to give.
And I ain't no Harlem Black Girl, so...
(turns up Sean Price in my iPod)
Check out the new series.
Click play on the above video.
;
It's the whole playlist.
I'll be around...

This one is called "The Order of Charles Hamilton". As prescribed by my case manager. I answer questions about me as asked by my T...

C. Hamilton
Cleveland-born, Harlem-based producer and rapper Charles Hamilton was touted during the late 2000s as an up-and-coming artist with an eclectic sensibility and impressive freestyle rhymes. He had honed his skills in the studio of his Harlem high school and mastered the tried-and-true hip-hop practice of sampling by channeling his varied tastes to create his sound. _. In 2008, Hamilton signed to Interscope and created a deafening online buzz through what he dubbed "The Hamiltonization Process." Around a dozen mixtapes were released during 2008. One of them was The Pink Lavalamp, which was intended to be Hamilton's proper debut album for Interscope. While plans were made for a true Interscope debut, This Perfect Life, the album was shelved and eventually issued as a free digital download after the label dropped Hamilton, who caught flak for erroneously crediting J Dilla as his executive producer. _. Despite setbacks, Hamilton continued to be remarkably prolific with mixtape releases through 2014. In early 2015, he signed with Republic and released "New York Raining," featuring Rita Ora, as his first single for the label.